What are you looking for?

Buy Today! Free Shipping on All Orders Over $49!

The Innate Bond of Humans and Dogs

Ever feel like your dog really gets you? You talk to him and know he understands everything you say. When the two of you make eye contact, there’s a communication between you that builds trust, and creates a bond that increases as you spend time together. According to studies on the evolution of dogs as domestic animals, you might not be far from the truth. 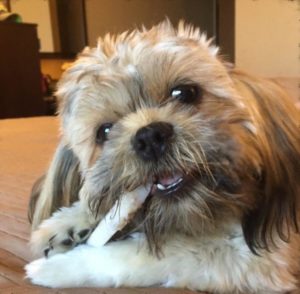 Dogs and humans first began forging connections thousands of years ago. Domestication of these descendants of ancient wolves formed a distinct bond between the two societies, one of mutual admiration and affection. There are researchers who believe that today, “the most widespread form of inter-species bonding occurs between humans and dogs.” One of the reasons for that may be found in the fact that dogs, although they may not speak our language, appear to understand it more than others in the animal kingdom. In particular, dogs have, over time, learned to interpret human gestures, much as human infants do. Such gestures form one of the building blocks of human communication, giving dogs an advantage in understanding us.

Researchers believe that because dogs give us that undivided attention they’re known for, their communication with us is enhanced. They watch us, make eye contact with us and learn what our gestures mean. Bonding with us means that some can even interpret gestures as small and subtle as shifting our gaze in a different direction.

Eye contact between dog and owner raises oxytocin levels in both animal and human. Oxytocin, a hormone which assists in facilitating emotional bonding, makes those times your dog stares adoringly into your eyes important bonding moments. Dogs are known to distinguish our emotions through watching our faces. Their innate ability to know what we want led one researcher to say “humans did not develop dogs, we only fine-tuned them.” 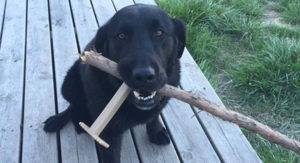 The existence of this potential bond makes spending time getting to know your dog and letting them get to know you even more important. Playing with them, taking long walks together, talking to them, even gazing adoringly at them all combine to strengthen the connection between the two of you. Dogs take the commitment of bonding with us seriously and so should we. Together you both give a deeper meaning to your lives.